While working on the Threave project I painted a couple of standards, using an online document 'A facsimile of an ancient heraldic manuscript' as my source. It's fun, so there may be a few of these. 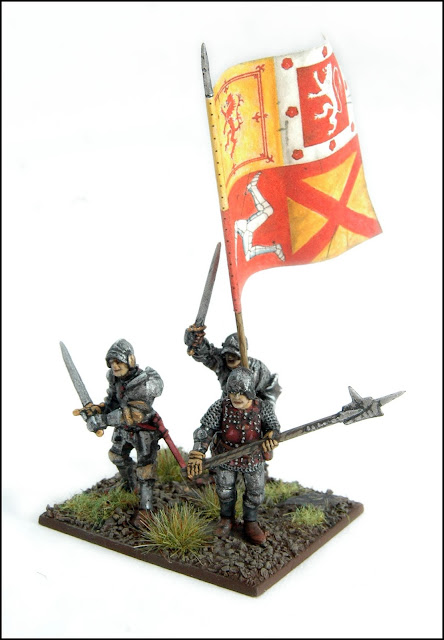 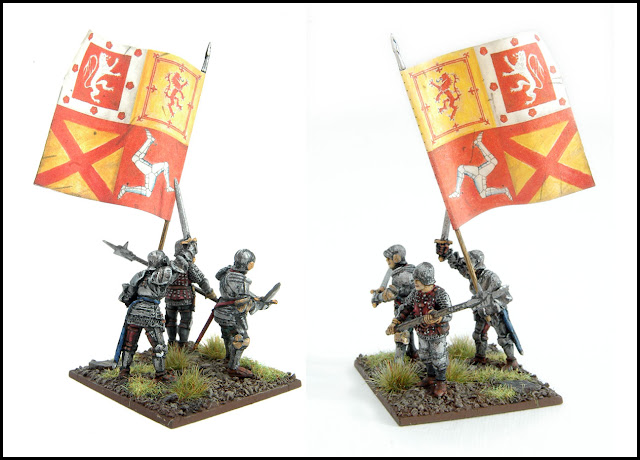 Alexander Stewart, b.1454, was the brother of the future James III, and was made Duke of Albany in 1458. Albany loosely refers to the lands north of the River Forth, roughly the former kingdom of the Picts.

In the course of a colourful political and military career he forfeited his honours in 1479, was restored in 1482, then forfeited again in 1483. Perhaps most famous for intriguing with England in an attempt  to usurp his brother's throne, he eventually died whilst watching a jousting tournament in France in 1485. He caught a splinter in the eye, how unlucky is that. 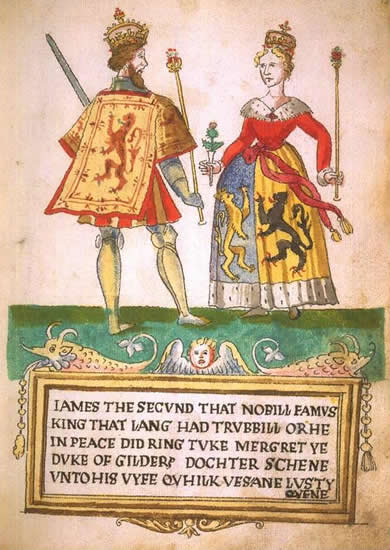 Mary was queen to James II, married at Holyrood Abbey in 1449. She was daughter of Arnold, Duke of Guelders and Catherine of Cleves.

Mary's marriage was arranged by her great uncle Philip the Good, Duke of Burgundy, one of the most powerful men in Europe at that time. He was the one who gifted the hugely expensive bombard Mons Meg to James in 1457.

Mary had a warlike husband and in her turn seems to have been happy to pick up the sword when necessary. When James was killed  at the siege of Roxburgh in 1460, Mary took charge, bringing the siege to a successful conclusion.

James Lindsay was provost of Lincluden Collegiate Church in Dumfries and held the post of Keeper of the Privy Seal more than once during the reign. He was a favourite of Mary, and so I have portrayed her standard borne by a Lindsay man at arms. The backdrop is a watercolour of Lincluden as it is today. 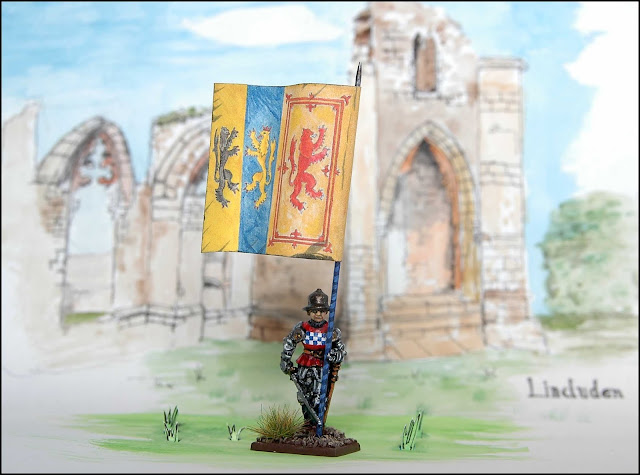